How to play Poker 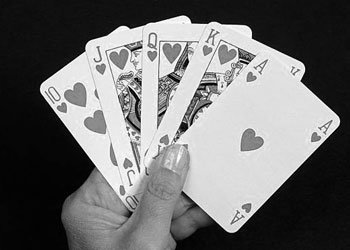 Most of the casino goers believe that winning is just all about luck. However, this is not true at The Poker Pro Magazine. Poker is a card game that can be won over with the right skills and tactics. It is not that easy to acquire all the necessary skills to win the game, but players can do some research and practice in order to conquer the poker table.

Different strategies can be tried and see which one works well. Every player is unique, thus, his or her gaming style may differ. Some may be good at bluffing while others are not, so we recommend to read through all the available poker strategies and check the best that fits a player's gaming style. Players who are looking for more poker game options may check out the best online poker gaming sites. There are various kinds of poker game to be played.

There are various ways to categorize the wide range of poker strategies and one of them is how active a player does in making a move during the game. The player's approach can be classified as aggressive or passive. Both strategies have its own advantages and disadvantages to consider.

Passive players are the ones who have a low tolerance on taking risks. They seldom raise even on a good hand, which prevents them from maximizing their chance of winning. In addition, passive players are often startled by the aggressive players, making them fold the cards immediately. These type of players usually play safe during the game.

On the other hand, the aggressive players are those who conquer the game without any fear. These players usually raise often as they are very much willing to put their chips at risk. Their strong personality can be easily spotted in during the game. They are also good in bluffing as they always use this strategy to win the game.

Aggressive and passive players can also be categorized based on how they handle their cards. Players may use the tight or loose approach. Tight are the ones who play with only few hand possibilities, while the loose players are always considering many hand combinations during the game.

The first type of player, loose and passive, is the worst approach that beginners often fall into. They often see many hand possibilities because of insufficient knowledge about the starting hands. They usually bet in a modest manner, leaving them fair winnings when they have good hands. Next is the tight and passive, which starts with good hands, but never raise their bets because of fear of losing.

The loose and aggressive is the player that can be easily spotted on the table because they always make a move during the game. They sometimes bluff the players by raising bets even with weak starting hands, which is actually effective as the passive players tend to fold.

The most recommended approach is the tight and aggressive. They only play with fewer hands and when they have a good hand, they make sure that they can get the most out of it by betting really high.

Aside from determining the personal playing style to use, players are also advised to study the different pros. Phil Ivey is a great player and understanding how he plays can be a good advantage for a player.

Players sometimes can estimate the probability of getting a winning hand with the help of future card. This is what poker players call pot odds. There are different pot odds that can be predicted - the implied pot odds, the reverse implied pot odds, and the manipulating pot odds. Some players can even get an edge during the game by computing for the pot odds. Thinking about this ratio can help players make a good decision during the game. 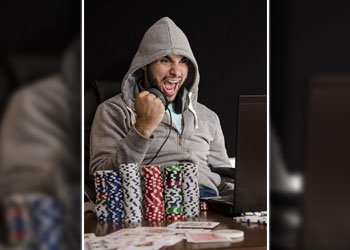 It may be a small thing to others, but in reality, position can make or break a player's game. Position refers to where the player is seated in the table game. Players of a poker game act clockwise. The first players who will act are in the early position, while the players who are scheduled to act later in the game are in the late position.

When to Call and/or Raise

As mentioned earlier, the aggressive approach is the recommended style in poker. Thus, players such as Phil Hellmuth raise rather than to call. Calling may be a safe option, but to win more, it would be better to raise. If you cannot consider the card for a raise, then it will also not be good enough for a call. This means good hand deserves a raise than call. Otherwise, it would be better to fold the card instead.

Raising may also encourage the player's opponents to fold, which is a good advantage for the player. However, note that the opponent can also do another raise if they find their card really good.

The decision to call or raise always depend on the situation and the cards held. In the end, it is still the player's prerogative to decide what act must be done in the poker game.

When a player finally learned the basics in strategizing a poker game, he or she can try the different approach to determine the perfect strategy. Practice and frequent playing will also help the players learn the skills needed to win. Apply the various strategies and ace that poker game.